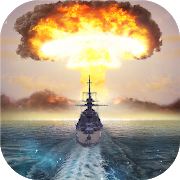 Description of The Last Ark: Survive The World Apocalypse 1.0.13.2 Apk

The nuclear war has melted the ice caps,the apocalyptic world engulfed by the ocean.The most precious commodity is oil, used not only for keeping the navy ships moving but for producing electricity and other necessities.

FEATURES:
✪Capture and hold as many oil factories so that you can upgrade warship units and expand your territoiry,finally be the king of the ocean.

✪Real-Time Strategy: Command your battleships at the same time in the battlefield, outflanking, feint attacking and intercepting... Adjust your strategy in real-time and send out the strongest naval power to the victory!

✪Real-Time Ladder War: The cross-server competition function is available, fight with the enemy from another server in battlefield.

✪GVG Legion War: Hundreds of legions fight at close quarters in wild wars. The war of conquest on world map is about to reappear! Command your strongest legion members to strive for world domination!

✪Team PVE Gameplay: Call your brother to defend the strong enemy together, command your super battleships and show your absolute power.

Fantastic lineup and freewill match in Warship Command! Come and join us to fight for the victory!